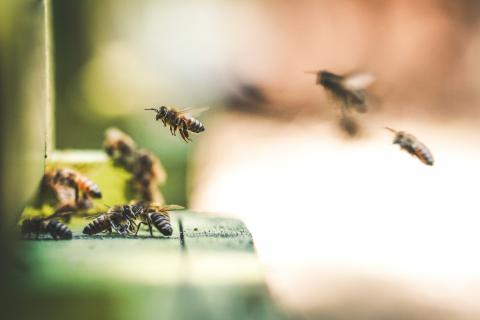 On January 18th 2022, the precautionary principle in chemicals regulation was discussed in an online seminar with academics and stakeholders.

The seminar was organised by University of Bergen's BeeCaution project, which is a spin-off project of the H2020 RECIPES project. BeeCaution aims to build a Norwegian network of actionable knowledge for precaution by engaging a Nordic audience in RECIPES' discussions on precaution and innovation. The seminar gathered 47 participants with different backgrounds, including students, toxicologists, NGOs, legal scholars, and representatives from public scientific committees.

In the first half of the seminar, a presentation on the precautionary principle in the European chemicals regulation (REACH)’ was given by Christina Rudén, professor of toxicology and regulatory ecotoxicology at the University of Stockholm. Rudén criticised the lack of precaution in chemical regulations in the EU. She talked about what she termed the “Seven Sins” of the EU's chemical regulation, including: that most chemicals are insufficiently tested, that mixed exposures of chemicals are ignored, that there is a structural conflict of interest and lack of transparency in regulatory risk assessment of chemicals, and that the PP is very rarely used explicitly. Rudén also mentioned some possible improvements in the newly proposed Chemicals Strategy for Sustainability as a step in the right direction. This strategy indicates better management of endocrine disruptors and mixture risk and improved transparency. However it remains to be implemented, cross-cutting legislation is still missing, and the structural problems of conflict of interest remain unaddressed.

Prof. Ketil Hylland, toxicologist at the University of Oslo, was invited to comment on Rudén’s presentation. Hylland agreed on the need of a precautionary approach. He mentioned uncertainty around prenatal exposure to low doses of chemicals as an example. He further suggested that instead of focusing on calculating natures tolerance levels of chemicals in risk assessments, the main focus should start from the question whether the chemical is really needed (essential use). Regarding the PP, he found it strange that when looking up the PP in the EU, most of the focus is on the limitations of the principle.

After a short break, the seminar was open to comments from the audience. Topics discussed include:

A video of Rudén’s presentation will be made available at the webpage of UiB's BeeCaution project soon.