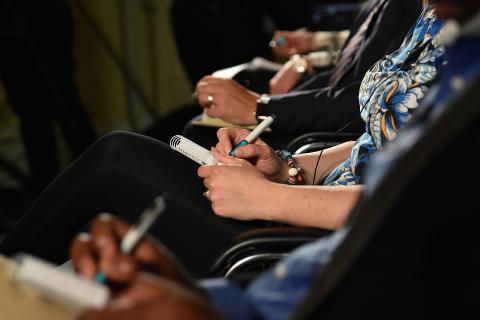 On 4 and May 2020, the RECIPES e-Conference took place. During the first day, members of the Advisory Board provided feedback on the nine draft case studies on the precautionary principle and gave input to the scenarios on the future application of the precautionary principle that will be developed with stakeholders during workshops in June and September 2020. On the second day, the consortium discussed the cross-case comparison and prepared the scenario workshops.

Nearly one and a half years after the RECIPES project was kicked off in Maastricht, the Consortium convened virtually to look at interim results and discuss the next steps.

A more detailed overview of the case studies can be found here.

The first day was also used to receive feedback from the Advisory Board members on the draft scenarios prepared by the Consortium that will be discussed during scenario workshops in June and September 2020. The draft scenarios for the future application of the precautionary principle included the continuation of the current practice as a baseline and the focus on precaution or the focus on innovation as two possible directions.

During the second day, the Consortium reflected on the feedback received from the Advisory Board members and discussed the next steps, i.e. the finalization of the case studies, the cross-case comparison as well as the preparation of the scenario workshops.

An overview of the steps can be found here.