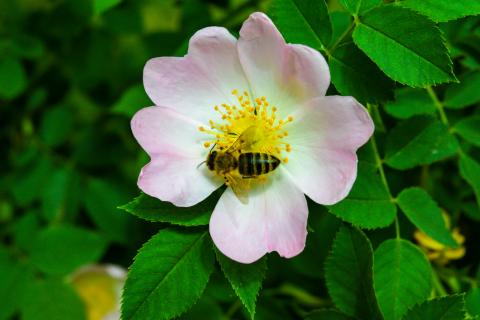 Over the past decades, evidence has mounted that the Earth’s entomofauna is in an ongoing state of collapse. Globally, insects make up three quarters of animal and plant species. But these little things that run the world seem to have been widely overlooked in science, nature conservation and environmental policy-making and law-making.

Jeroen P. van der Sluijs, Professor in Theory of Science & Ethics of the Natural Sciences at the University of Bergen, has published the article “Insect decline, an emerging global environmental risk”, on the Environmental Sustainability journal.

An international treaty for global pollinator stewardship and pollinator ecosystem restoration is urgently needed to counteract the current crisis. Scientists made urgent calls to prioritise insect conservation. In 2018, the EU Pollinators Initiative started, but the European Court of Auditors found that the Commission approach to the protection of wild pollinators is inconsistent, policies are flawed, and the Pollinators Initiative does not have the tools and mechanisms to address those gaps. Are view of insect pollinator conservation policies in the US found that despite scientific calls and public outcry to develop policy that addresses declines, multi-state agreements have not delivered such legislation nor met basic monitoring needs recommended by experts.

Within the RECIPES project, Jeroen P. van der Sluijs and Laura Drivdal conducted the case study on "Neonicotinoid insecticides", which outlines scientific uncertainties and ambiguities regarding the effects of neonics on pollinators.

A full overview of the RECIPES’s case studies can be found HERE.