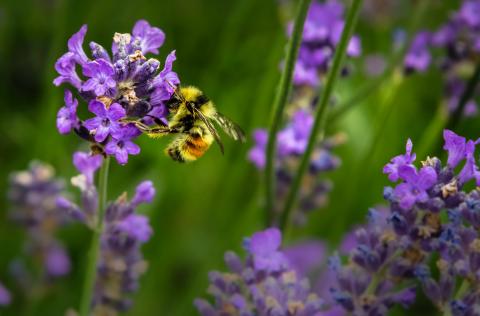 1st BeeCaution project seminar on "Neonicotinoids, pollinators and the precautionary principle in the EU and Norway"

On the 29th of April 2021, the BeeCaution project held its first seminar on the subject of “Neonicotinoids, pollinators and the precautionary principle in the EU and Norway”.

BeeCaution is a national spin-off project of the H2020 RECIPES project. The aim is to build a Norwegian epistemic network of relevant actors to engage in the RECIPES discussion on precaution and innovation, looking specifically at the case study on neonicotinoid pesticides and bees.

The participants of this seminar were a diverse group of researchers and practitioners, including biologists, chemists, plant protection experts, bee experts, political scientists and theorists of science.

The seminar started with an introduction by prof. Jeroen van der Sluijs, who presented some insights from the RECIPES study on the neonicotinoids and bees, highlighting how the implementation of precautionary regulations of neonicotinoids has been slow and pointing out that the current bans have loopholes that should be addressed.

A second introduction was given by an UiB legal scholar, prof. S. Eskeland Schütz, who provided an overview of the environmental law in Norway and the European Union, focusing on the tension between legal predictability and adaptability, and between the principle of proportionality and the precautionary principle.

In the following discussions, several topics were mentioned: Firstly, the margin for deviation from the EU’s regulatory framework concerning pesticides and chemicals, as well as the problem of regulators needing resources in order to justify national restrictions were highlighted. Secondly, popular initiatives dealing with pollinator decline were mentioned, and it was argued that in Norway, the Supreme Court’s ruling in the so-called climate lawsuit leaves civil society with limited room for legal redress. Thirdly, the problems of loopholes in neonics regulations were discussed - for instance the use of neonics in veterinary medicine and the use of neonics in Norwegian aquaculture. The problem of neonics being regulated by different authorization regimes and different regulatory bodies both in the EU and in Norway was highlighted. Furthermore, the delay in the approval of The Bee Guidance document was pointed out, as regulators make use of tests that are not fit for gauging the sublethal effect of PPP on bees and wild bees in particular. The division of labor between regulatory and academic science was also discussed in this light and the inability of regulatory sciences to adapt fast enough to technological and the resulting need for academic researchers to “plug the holes” was emphasized. Additionally, it was argued that available research indicates that the scope for integrated plant protection is restricted by the broader regulatory context. Lastly, participants discussed their experiences of collaborating with national regulators, and the invitation of representatives of the regulatory authorities in forthcoming seminars was encouraged.

BeeCaution will hold new seminars this fall, during which these discussions will be expanded and continued.