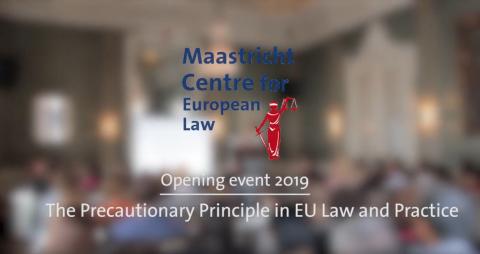 Multi-Speed Europe, Differentiated Integration and The Future of the European Union

The 2019 edition of the Maastricht Centre for European Law academic opening event focused on the precautionary principle in the European legal order. The speakers discussed different aspects of the principle, its relevance for environmental law, as well as its relationship with innovation.